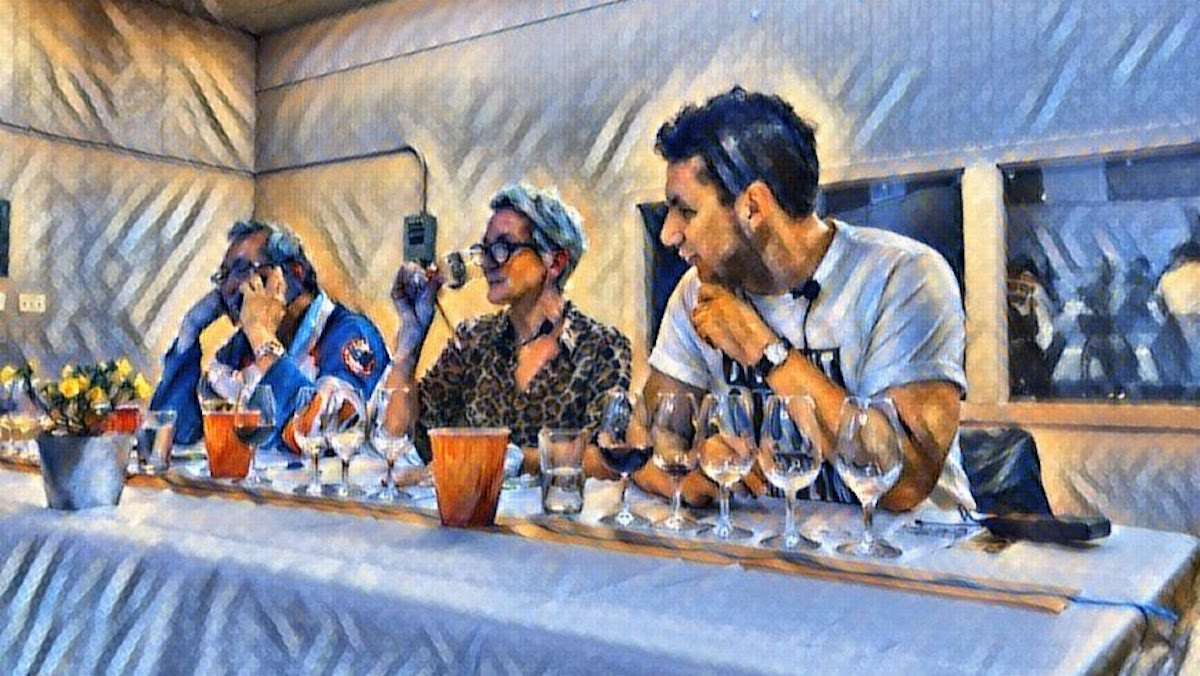 The Tasting Games North Okanagan division event in Kelowna was our biggest, baddest event so far!

On stage, the hilarious Howard Soon – decked out in a Kelowna Rockets jersey and repping the valley – took on the esteemed wine educator DJ Kearney and the laid back Vancouver sommelier Matthew Landry.

The trio had some wise tasting advice as they tasted through the international wine tasting flight, including: “don’t think about who has chosen the wines – its a deep dark tunnel to go down,” (DJ, staring down Rhys Pender, who chose the wines…) and “this wine is sh*t” (Howard, commenting on the second most expensive wine of the night.) There were particularly good insights too, such as when Matt thought wine 4 was Beaujolais at first, then changed his answer…. and of course, it was Beaujolais! 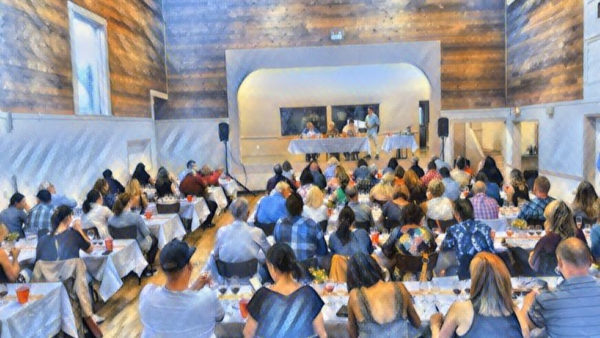 But in all seriousness, what a delightful, honest, frank and educational group of competitions to have on stage…we were so lucky to have them!

the biggest crowd yet

A record 82 wine tasters filled the historic East Kelowna Hall with amazing energy and enthusiasm for wine tasting. After Rhys lead us through the tasting competition, we enjoyed amazingly delectable food from Start Fresh Kitchen and delicious wines From Mt. Boucherie, Summerhill and Winemakers Cut. The local wineries very kindly donated their wine, and all proceeds from the “by the glass” sales were donated to Start Fresh Project’s Culinary Arts and Farm Education program for people experiencing barriers to employment due to mental health. 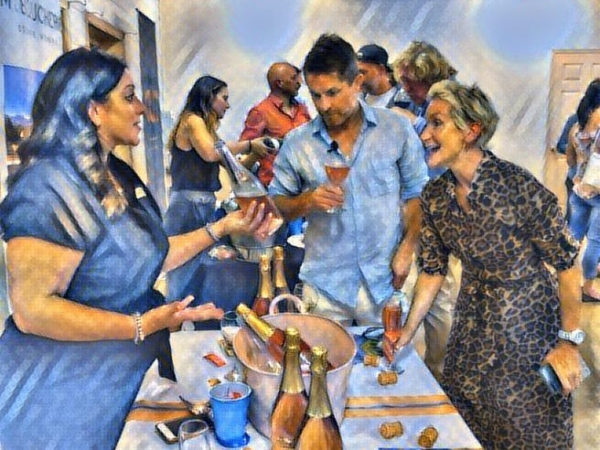 And the winners were…

The Kelowna crowd had obviously been keeping track of the Oliver Tasting Games event, because several audience members brought their A games and were intent to win!

There was some pretty stiff competition in the crowd, and a lot of laughs and groans as Rhys played the options game to reveal the wines.

At the end of the night, we announced the winners – from the stage, the top scoring celebrity was the 2019 Best Sommelier in BC, Matthew Landry! Matt is taking the celebrity competitor trophy home to the Stablehouse Bistro in Vancouver… but he’ll be back in Kelowna in less than two weeks for the Finale.

Few were surprised when local Shanyn Ward took home the audience trophy -except Shanyn! In fact, the purchaser at Cask and Barrel with the amazing pallet isn’t keen on audiences, and was slightly horrified when she learned she would be competing on stage at the Finale with Severine Pinte, Tanja Martell and Matt Landry! (Don’t worry, we believe in you, Shanyn!) 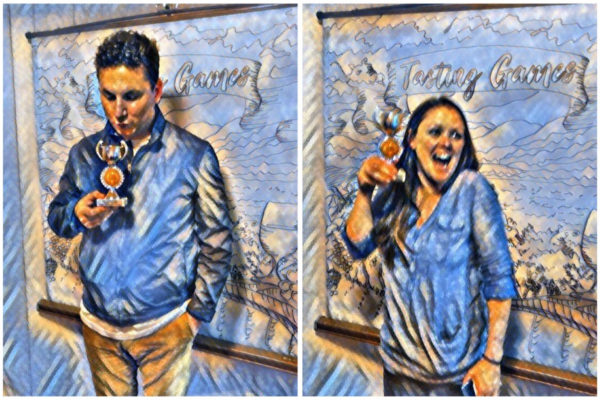 Next week on Tuesday May 14, the Tasting Games will be in Penticton for the Central Okanagan division competition! On stage: Mark Filatow, Wine Spectator award-winning chef and sommelier, wine industry icon Sandra Oldfield, and top sommelier Christina Hartigan, who beat Matt Landry in a tasting competition earlier this year! What an amazing group of celebrities for our Central Okanagan wine industry pros at the Shatford Centre in Penticton.

The following Tuesday May 21, we are back at the East Kelowna Hall for the grand Finale – the event that will determine who is the “Best Wine Taster in BC!” Join us! 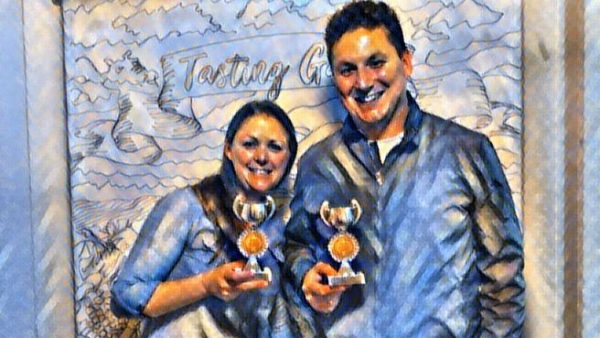 we’ll see them at the finale!

Both Matt and Shanyn will be competing on stage with Severine and Tanja at the Tasting Games finale, May 21 in Kelowna. To find out who will be up on the stage with them, join us for the Central Okanagan Tasting Games event May 14 in Penticton.

Who knows… you could be the next wildcard winner at the Finale!

Want to come to watch the wine pros battle it out at the Tasting Games and bring your friends? Now, buy 4 tickets and get 1 ticket for FREE! Each ticket includes chef prepared small bites, a 5 wine tasting flight and infinite laughs.
Simply enter the coupon PARTYTIME at checkout…  Buy your tickets now!

See you at the next Tasting Games!
~ your coaches Arnica, Darcen, Rhys and Ivan

The excitement builds as Tasting Games heads to the second round…

Cheer on your favourite wine taster at the Tasting Games Finale, Tuesday May 21 in Kelowna!