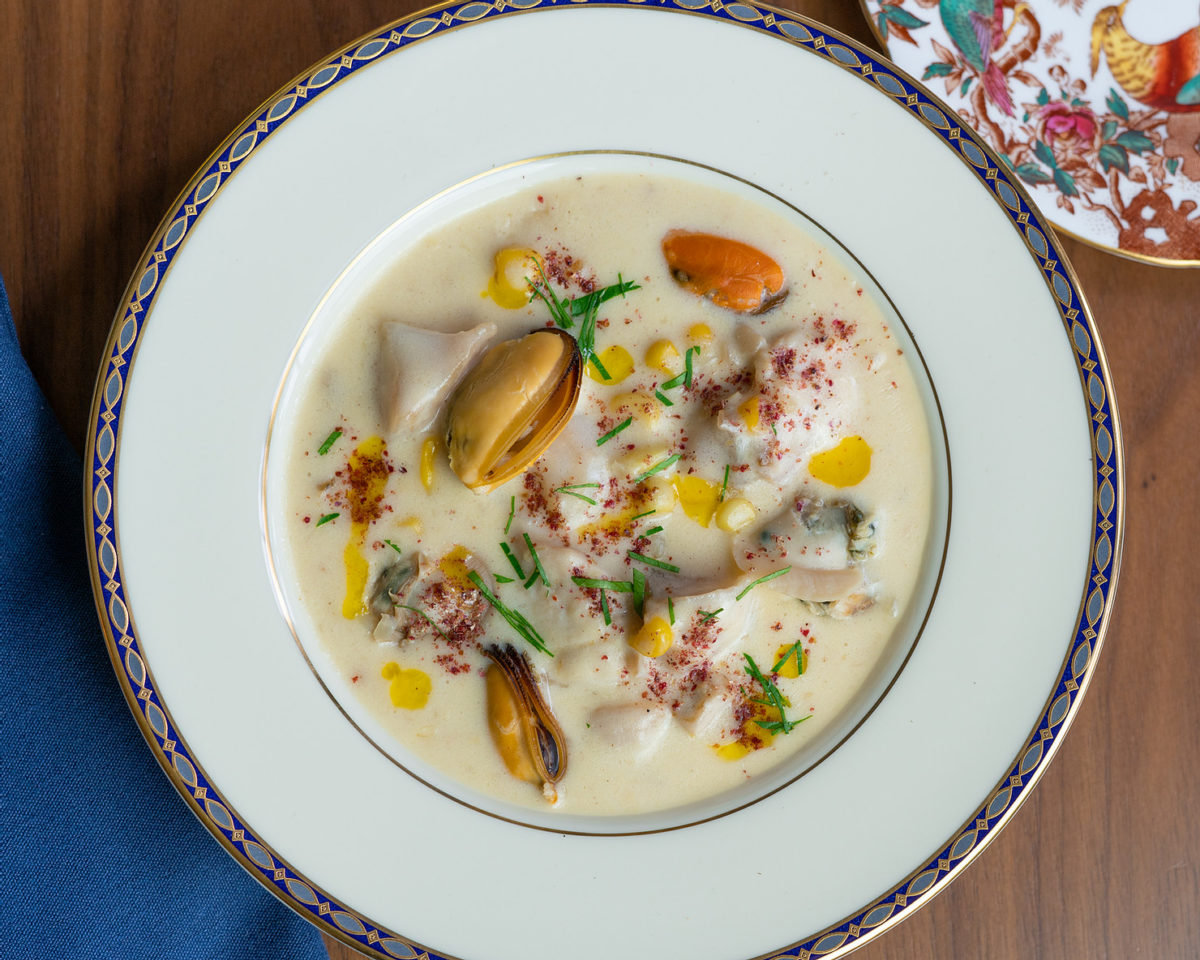 The seafood chowder at the Restaurant at Naramata Inn achieved celebrated status when it hit the menu this fall – no surprise since Chef Ned Bell knows his way around sustainable seafood. Fans of the chowder will be happy to know that Chef Bell and the Naramata Inn team will be doing their part to raise money for Ocean Wise sustainable seafood programs, by taking part in the inaugural National Chowder Chowdown Festival this February. 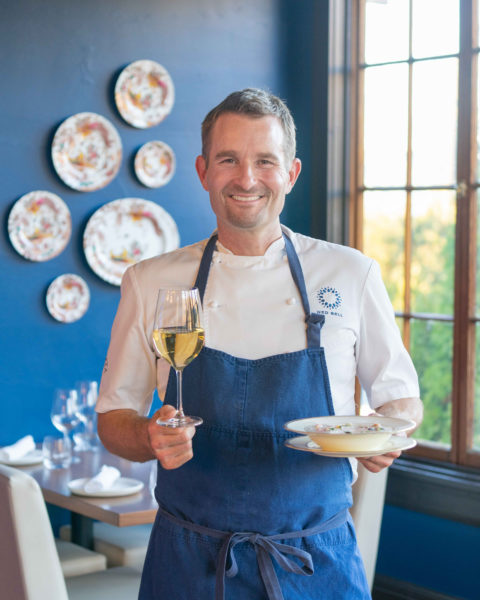 From February 1 through 28, Naramata Inn will join 36 restaurants across the country by offering a delicious seafood chowder for the duration of the festival. Chef Bell’s Road 17 Char Chowder with organic potatoes and foraged Naramata sumac will be available for $25 for a one-litre container serving four, with $5 going to Ocean Wise. With the Inn currently closed for dining and lodging, the pre-frozen containers of chowder will be available for pick up from the Inn on Mondays, Wednesdays and Fridays throughout the month from 3:30 pm to 4:30 pm, starting Monday, February 8.

The chowder can be ordered online via Tock by choosing the day you would like to pick up. For multiple containers of the chowder, just buy extra “tickets.” Coolshanagh Chardonnay from the Naramata Bench is available to pair perfectly with the chowder. And get into the spirit of supporting sustainable seafood by purchasing a signed copy of Bell’s own cookbook, Lure – perfect for flipping through while you’re enjoying your soup. Take it all home in one of our handsome signature thermal bags.

Constructed 112 years ago by the town’s founder, J.M. Robinson, Naramata Inn would welcome some of the Okanagan’s very first tourists and go on to weave a colourful thread throughout Naramata’s history. Naramata Inn is still making headlines as the best way to enjoy the full bounty of the Okanagan Valley. The Inn delivers a proudly “Naramatian” experience, from the best local growers and artisans in Naramata and the Valley, through to showcasing the true depth and breadth of award-winning wines produced by British Columbia’s winemakers.